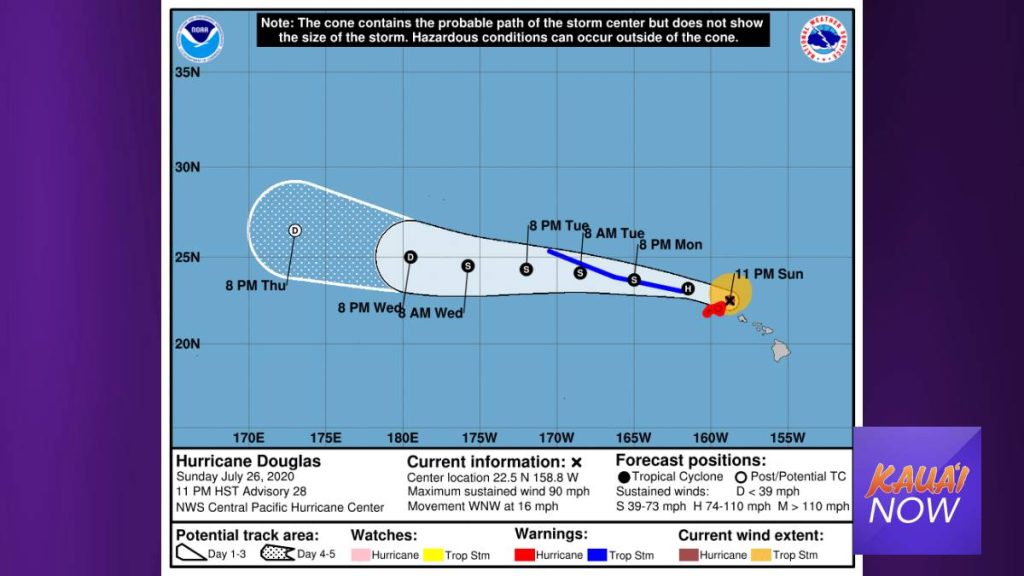 Hurricane Douglas has strengthened slightly as it departs O‘ahu and moves north of Kaua‘i.

The Hurricane Warning for O‘ahu has been canceled.

A Hurricane Warning remains in effect Kaua‘i County, including the islands of Kaua‘i and Ni‘ihau.

A Tropical Storm Warning is in effect for portions of the Papahanaumokuakea Marine National Monument from Nihoa to French Frigate Shoals to Maro Reef.

At 11 p.m. HST, the center of Hurricane Douglas was located near latitude 22.5° N, longitude 158.8° W, roughly 50 miles northeast of Līhu‘e. Douglas is moving toward the west-northwest near 16 mph. This general motion is expected to continue for the next couple of days, with a slight turn to the west and an increase in forward speed.

Maximum sustained winds are near 90 mph with higher gusts. Weakening is forecast during the next 48 hours, but Douglas will remain a hurricane until it passes west of Kaua‘i.