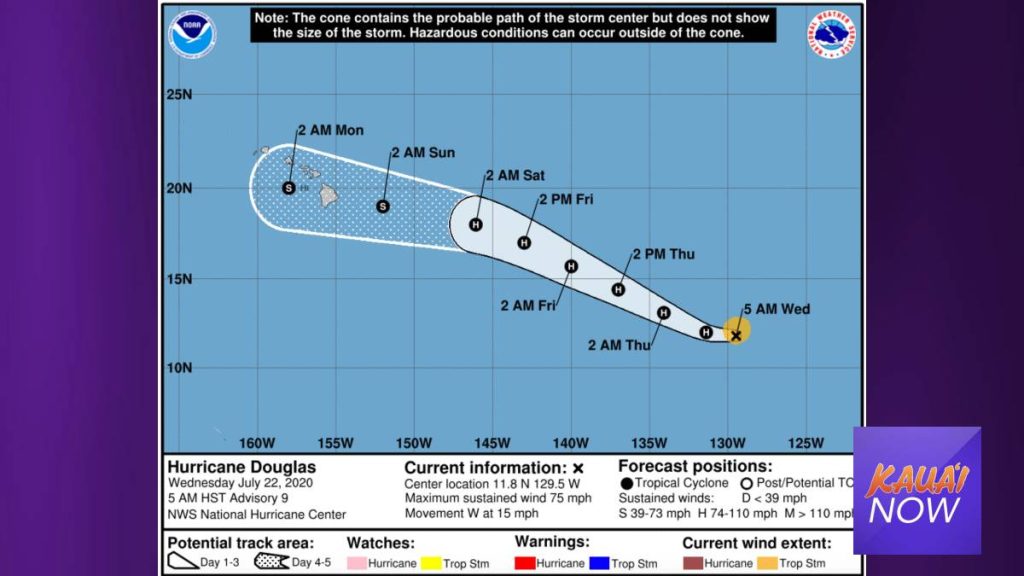 Tropical Storm Douglas could become a major hurricane on Thursday as it continues its path toward the Hawaiian Islands, according to the National Hurricane Center today.

The storm is currently about 1,690 miles east-southeast of Hilo. According to the 11 a.m. advisory from the National Hurricane Center, Douglas is expected to turn toward the west-northwest this evening. A west-northwestward motion at a faster forward speed is forecast to continue into the weekend.

Maximum sustained winds have increased to near 80 mph with higher gusts. Additional strengthening is forecast during the next day or two, and Douglas could become a major hurricane on Thursday.

There are no coastal watches or warnings in effect at this time.