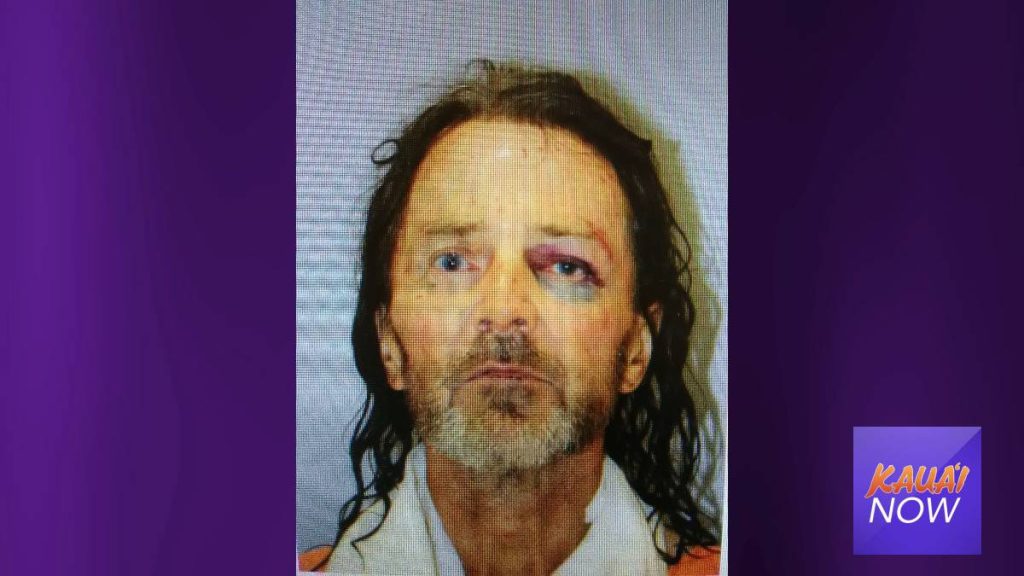 A Kapa‘a man recently reported missing by authorities has since been located and is currently in police custody on charges of unauthorized control of a propelled vehicle and second-degree assault.

Nicholas Whittingham, 60, was arrested by Kaua‘i police around 11:30 a.m. on Monday after a landowner discovered he was camping on his private property along the Kapa‘a Bypass Road and recognized him as the missing person.

The 60-year-old was reported missing on July 4 around 5 p.m.  However, he was taken into custody for an unrelated incident that occurred on June 30 at around 1 p.m.

According to police, Whittingham called a local taxi company for a ride home. After arriving at his destination, a preliminary report indicates Whittingham attempted to push the female driver of the taxi from the vehicle in an effort to allegedly drive away with the car. He then fled on foot and evaded arrest.

Whittingham again evaded arrest on July 2 after he jumped into the river and swam out of reach when officers found the 60-year-old behind the Waipouli Beach Resort.

After his arrest on Monday, Whittingham was taken to Wilcox Memorial Hospital where he was medically cleared for cellblock. He is facing charges of unauthorized control of a propelled vehicle and second-degree assault and is being held on $6,000 bail.