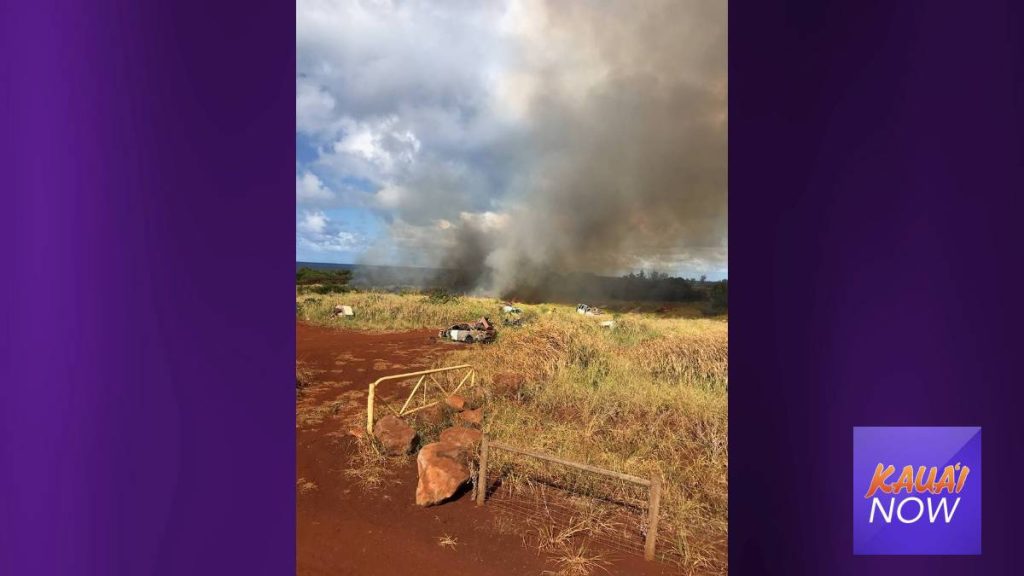 A brush fire scorched five acres of land in Anahola on Thursday afternoon.

Kaua‘i Fire Department responded to the blaze at approximately 4:20 p.m. Personnel from the Kaiākea and Kapa‘a fire stations, Rescue 3, Air 1, and the on-duty Battalion Chief were dispatched to a brush fire off of Kukuihale Road. The blaze was extinguished at about 10:20 p.m.

No injuries were reported and no homes were threatened despite the fire’s close proximity to a subdivision owned by the Department of Hawaiian Home Lands. Firefighters returned to the scene at midnight on July 3 to investigate a large amount of smoke at the site of original brushfire and used approximately 150 gallons of water to put the fire out.