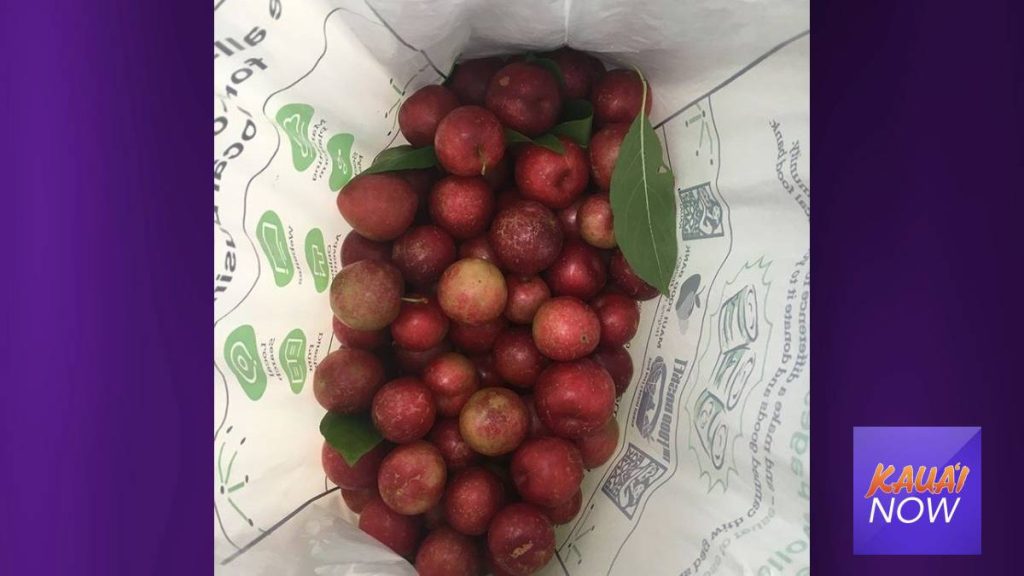 The season for harvesting plums will soon begin at Kōke‘e State Park. Permits to harvest will be available, as it has been in past years, starting on Independence Day at the park’s headquarters.

There is no cost, but forms must be completed and placed in the headquarters’ dropbox after harvesting. Collecting of the fruit is permitted between 7 a.m. and 5 p.m. in designated areas.

While picking of the plums is a cultural staple on Kaua‘i, the stone fruits are not native to the island. The Hawaiian Journal of History says they were brought to Kaua‘i in the 1930s and planted in areas that later became Kōke‘e State Park.

Each individual will be allowed to take up to five pounds of plums per day for personal consumption. Other conditions will be specified on the plum harvesting permit. A short pole with a net will make harvesting easier.

For years, including this one, the crop has been on the decline due to weather, over harvesting and damage to the trees. The crop hasn’t seen prime plum picking since the 1950s. In 2014, DLNR Division of State Parks personnel noted that Kaua‘i hadn’t seen a good crop in more than five years.

Plum pickers are reminded to help prevent forest fires and to pick up their litter.