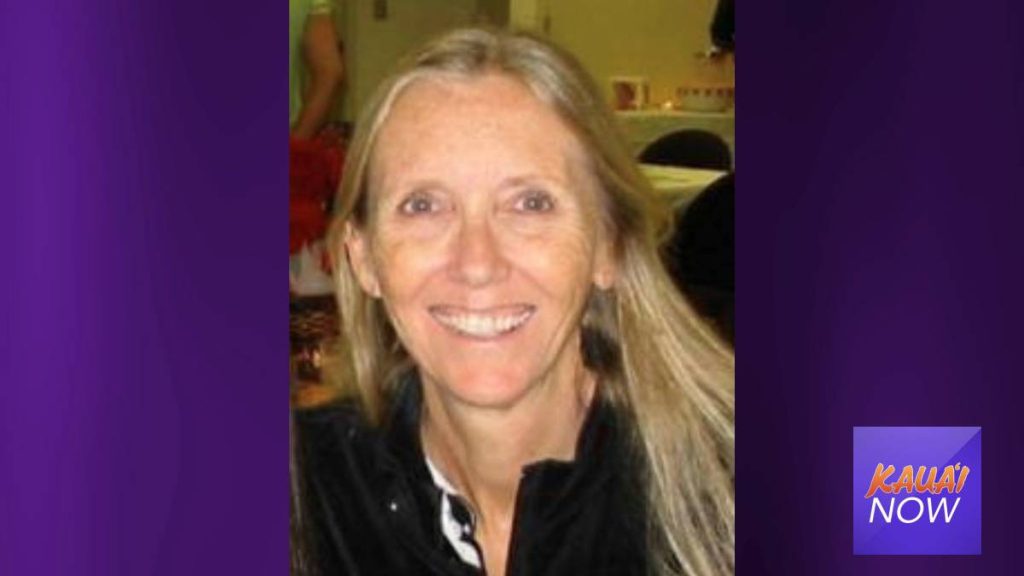 Kaua‘i Police Department continues its search for answers in the decade-old murder of Amber Jackson. This week marks the 10-year anniversary of the Kapahi woman’s death.

“We have not given up in our pursuit to find the suspect(s) involved in this appalling tragedy,” said Investigative Services Bureau Assistant Chief Bryson Ponce. “What keeps us going and what has given us hope is that, even though it’s 10 years later, there are evolving scientific methods that are being undertaken to potentially help discover the killer(s). We believe this case is solvable and that we may be closer to finding out who might have played a part in her untimely death.”

The 57-year-old’s body was found by a pig hunter on July 3, 2010, in a remote location in Keālia. She had been reported missing, however, since June 23, 2010. According to autopsy results, Jackson had suffered from what appeared to be blunt force trauma to her head and had sustained injuries that had been caused by an assault.

At the time of her death, the California native had been living in Kapahi for about 10 years and had been working for the Hawaiʽi State Teachers Association.

To this day, no arrests have been made.

There were some leads regarding the case last year after Investigation Discovery’s “Breaking Homicide” program aired an episode about Jackson called “ A Murder in Paradise.” Since then, Kauaʽi police have been diligently re-examining evidence and interviewing people who may have known Jackson and who may have any information pertaining to the cold case.

Furthermore, DNA testing is currently being conducted which could potentially lead to new information about the case.

The Amber Jackson Justice Group (AJJG), formed by friends and family of the victim, also continues to work closely with the Kauaʽi Police Department. The group is still offering a $20,000 reward for any information that could lead to the arrest of potential suspects.

Anyone with information regarding this case is asked to call Assistant Chief Ponce at 808-241-1681. To leave an anonymous tip, call Crime Stoppers Kauaʽi at 808-246-8300 or visit crimestopperskauai.org.

“We continue to seek assistance from the public because homicide has no statute of limitations, so time is on our side, and we encourage the public to call with any information regarding this case,” said Ponce. “We also want to acknowledge Amber Jackson’s closest friends and family members who have kept her spirit alive by working closely with KPD throughout the years. We will not rest until justice has been served.”