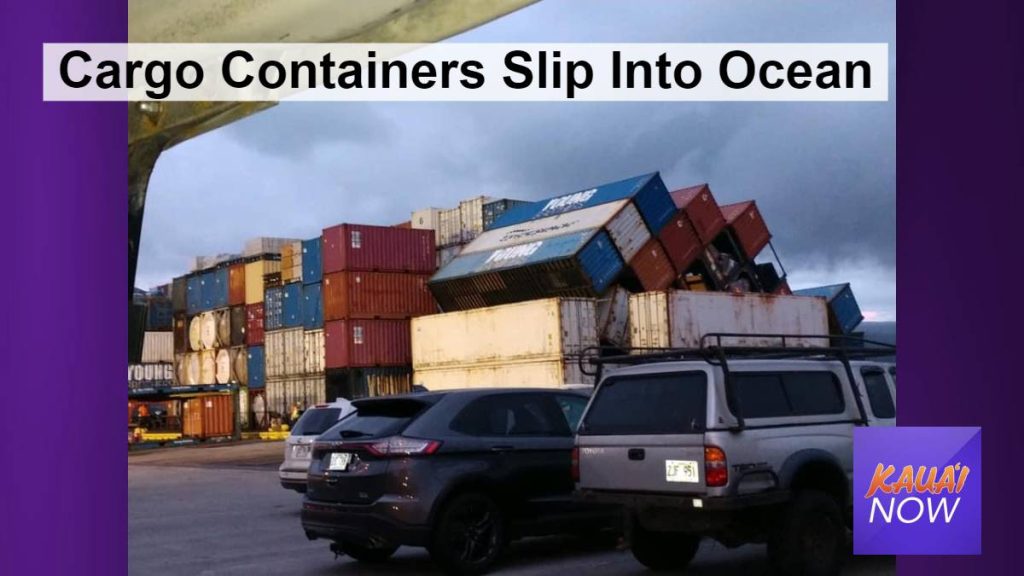 At least 21 cargo containers slipped off of a Young Brothers barge and into the waters surrounding Hilo Bay on Monday morning.

Twelve of the 21 containers are reported as missing, while nine continue to float offshore.

“With the legislature re-convening today, I intend to discuss this with my colleagues and Senator Lorraine R. Inouye, who is the Chair of the Transportation Committee, to find out exactly what happened both from the (Public Utilities Commission) and Young Brothers,” Big Island Sen. Kai Kahele wrote in a social media post addressing the situation. “We also need to know immediately what items are in those containers and if (there) are any hazardous materials that are in them.”

The Ho Omaka Hou set sail from Honolulu on Saturday and was scheduled to make port in Hilo Monday morning. Officials confirmed that the cargo containers went into the water at around 4:30 a.m. Monday. A video from the waters of Hilo Bay captured some of the floating cargo.

Pre-pandemic, Young Brothers typically shipped twice weekly to the Big Island. The shipping schedule was reduced to one load per week after the company requested $25 million in federal aid to bolster its operations, which it said were severely impacted by the onset of the pandemic.

Kahele intimated that the reduced shipping schedule played a factor in Monday’s mishap, saying that the ship was overly and improperly loaded.

It is not yet known what items were contained in the cargo containers or if they pose any health or environmental risks. Young Brothers had not responded to a request for comment as of 2 p.m. Monday