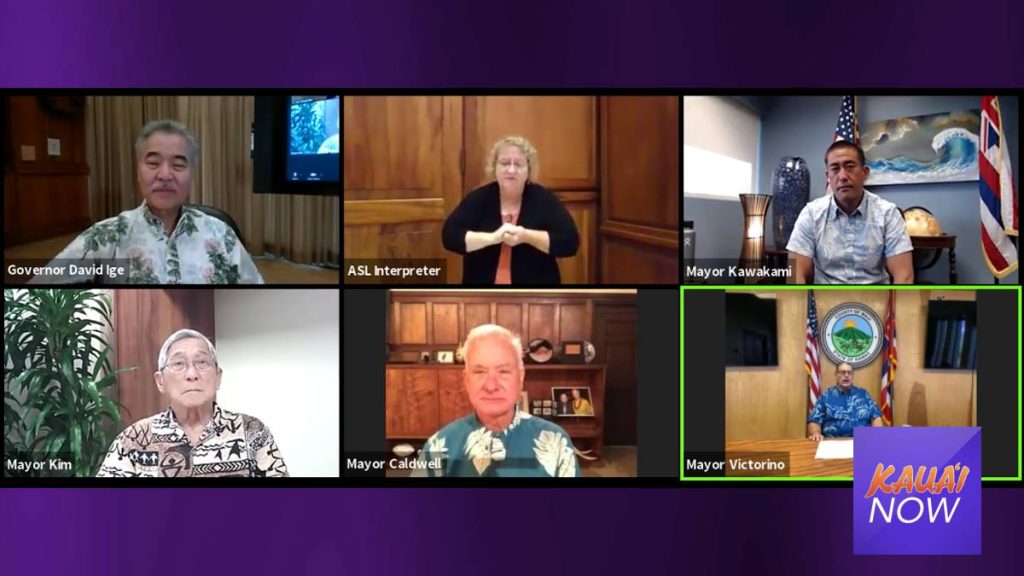 Bank accounts for Kaua‘i, Hawai‘i and Maui Counties are set to receive an electronic transfer of their portion of federal funding in the fight against the COVID-19 pandemic on Friday.

Kaua‘i County will receive approximately $28 million from the CARES Act, which has been divided up into three categories: $9.25 million for direct support; $11.1 million for economic and supply chain resiliency; and $8.4 million for response preparedness.

In a Facebook Live with Gov. David Ige, the governor noted the increase in coronavirus cases statewide. Specifically, he addressed a cluster that has developed at Hale Nani Rehab and Nursing Center. There were 18 new COVID-19 cases reported today, bringing the state total to 762.

After the Facebook Live, Kaua‘i County announced its first active case since April, bringing the islandwide total to 22 reported cases.

“All of us anticipated an increase in cases as we opened the economy, and we’re prepared,” Ige said. “We have increased testing and contact tracing capabilities.”

In the coming weeks, the governor hopes to expand on those capabilities.

During the live chat with Ige, mayors talked about how the pandemic as changed the way it conducts business.

Kaua‘i Mayor Derek Kawakami said the pandemic exposed some the island’s vulnerabilities. Between schooling and working from home, the mayor added the IT 21st Century infrastructure is needed.

“We have really been able to identify areas that need to have a broader coverage,” he said.

In the past, Kawakami explained, Kaua‘i County was faced with a miniature crisis when the internet cable that connects their island to O‘ahu was severed. Fortunately, County staff was able to find a redundancy in the system to get it back up and running.

“I know it’s a big investment, but because we’re so geographically isolated, I think each and every one of the counties has to make sure we have a redundancy built in so we can stay connected,” Kawakami said.

A question from the public asked mayors when the DMV would begin driving tests again.

“It’s one of those areas of operation that we have to get up and running,” Kawakami noted.

Kaua‘i County does not have a concrete date for when reopening that service would occur.

“We realize there’s a number of people waiting to do their driver’s tests, waiting get a driver’s license,” Kawakami said. “We’re going to do what we can to get that operation up and running as soon as we deem it safe.”