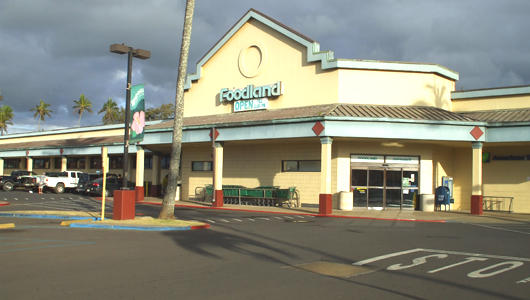 Foodland Super Market in Waipouli will close Aug. 9 after 40 years of business.

The store has chosen not to renew its lease, leaving Kauai’s Princeville location the sole Foodland market on the island, according to a press release from Foodland officials Tuesday afternoon. The store’s 70 employees will have opportunities to remain employed with the company, either through transfer to the Princeville store or relocating to another island to work at a sister store.

“The decision to close this store after our lease expires at the end of July was a very difficult one,” said Jenai S. Wall, Foodland Chairperson and CEO. “Foodland Waipouli has served Kauai’s east side community for 40 years, and we thought long and hard about the impact the closing would have on our loyal customers and dedicated employees. Nevertheless, the sadness of saying goodbye to this location is balanced by the reality that this store has been struggling financially for several years due to increased competition from big box retailers entering the market.”

Additionally, Wall noted, the increasing repair maintenance costs on the 40-year-old facility was no longer sustainable. Renovating the store would’ve been too expensive. Foodland hopes to find a new location on Kauai in the future.

“We are grateful to our Foodland Waipouli customers, many of whom are like family to us, and thank them for faithfully shopping with us over the years,” Wall said.

Foodland plans to open two news stores on Oahu this year. The decision to close the Waipouli location was not related to these upcoming openings, officials say.

Foodland Super Market, Ltd. is Hawaii’s largest grocery retailer and the only locally owned supermarket with stores statewide. There are currently 32 operating stores and employs more than 2,600 employees at Foodland, Sack N Save and Foodland Farms stores on four islands.