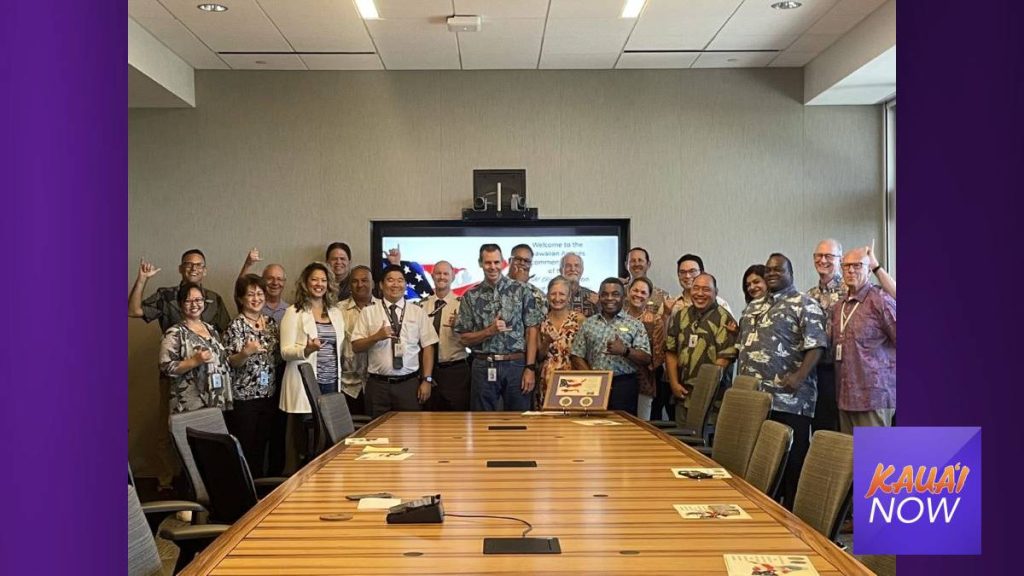 Hawaiian Airlines employees this week were recognized with U.S. Air Force commemorative coins for their role in last year’s evacuation of thousands of Afghans fleeing the Taliban regime, the company announced Sept. 2.

“As we commemorate the first anniversary of this historic event, we recognize the tremendous efforts of so many teammates who sprang into action on short notice to support this effort,” Hawaiian Airlines President and CEO Peter Ingram said during the ceremony held at the company’s Honolulu headquarters. “Mahalo for your continued dedication to our company, our guests, and each other.”