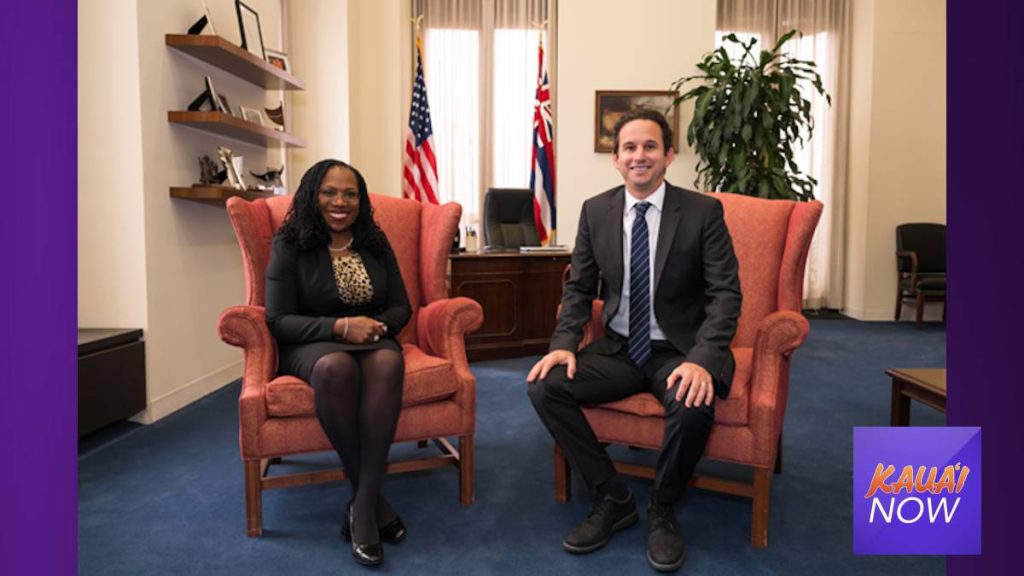 Jackson’s ascension to the country’s highest court breaks multiple barriers: She will be the court’s first female, Black justice and its first former public defender.

Members of the Hawaii delegation were among the yay votes for Jackson’s confirmation.

“Judge Jackson has the legal expertise, record of fairness, and extensive experience – both professional and personal – that will make her an excellent addition to the Supreme Court,” said U.S. Sen. Brian Schatz. “Throughout her years of public service, she has demonstrated a dedication to the Constitution, including a strong commitment to equal justice under the law. It’s a record that’s earned her praise and respect from legal experts across the country and my support.”

As the first Black woman on the Supreme Court, Schatz said Jackson has made history and will help the Court better reflect the diversity of our country.

“I’m proud to have voted for her confirmation.”

“Judge Jackson is a brilliant legal mind without an ideological axe to grind, and it is no surprise that she has received broad support across the political spectrum and across the country,” Hirono said. “Throughout the hearings, Judge Jackson displayed the intellect, integrity, and temperament necessary in a Supreme Court Justice.”

Throughout the confirmation process, Hirono repeatedly expressed her support for Jackson’s nomination.

“Judge Jackson being on the Supreme Court will send such a powerful message of perseverance to everyone in this country, but in particular, to Black women and girls,” Hirono stated. “She will make an exceptional Justice and I was honored to vote confirm her to the Highest Court.”