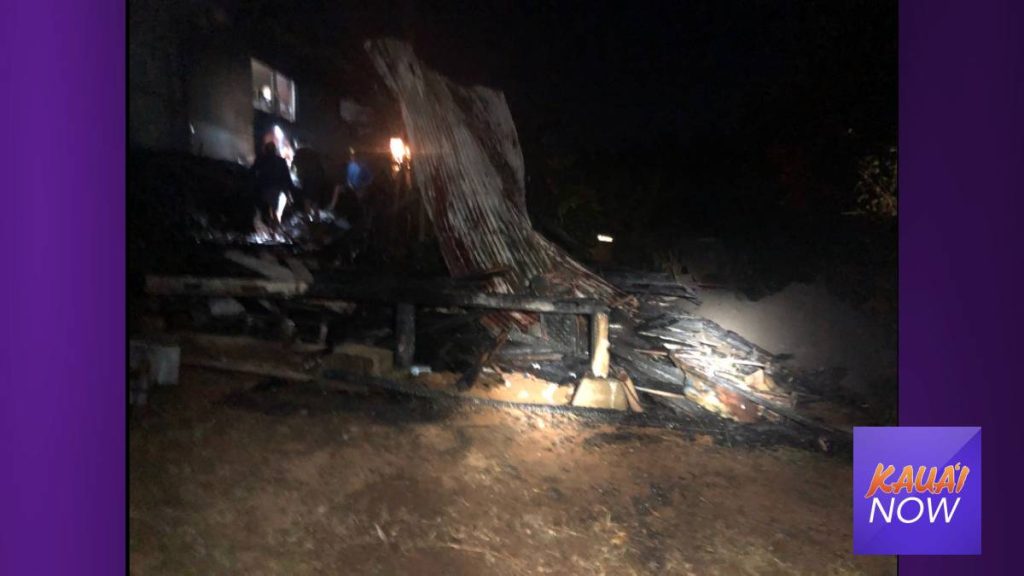 No injuries were reported after a fire Monday evening in Lawai that destroyed a shed and damaged the rear portion of a home.

According to a preliminary report from the Kaua‘i Fire Department, at about 9 p.m. Monday, firefighters responded to a call of a utility structure fire on Akemama Road. A fire department news release said personnel from the Kalāheo, Hanapēpē and Līhu‘e fire stations, the Fire Prevention Bureau and the on-duty battalion chief responded.

Firefighters from the Kālaheo fire station were first on scene and discovered a shed fully engulfed in flames – with the main home just a few feet from the blaze upon their arrival. Firefighters from the Hanapēpē and Līhu‘e stations later arrived to assist with extinguishing the fire, preventing it from spreading further in the home.

Firefighters cleared the scene at about 11 p.m., according to the release.

Fire Prevention Bureau inspectors estimated that 20% of the main home suffered damage. The shed is considered a total loss. Damages to the property and its contents are estimated at $175,000.

Because of extensive damage, the cause of the fire is considered undetermined, according to the news release.