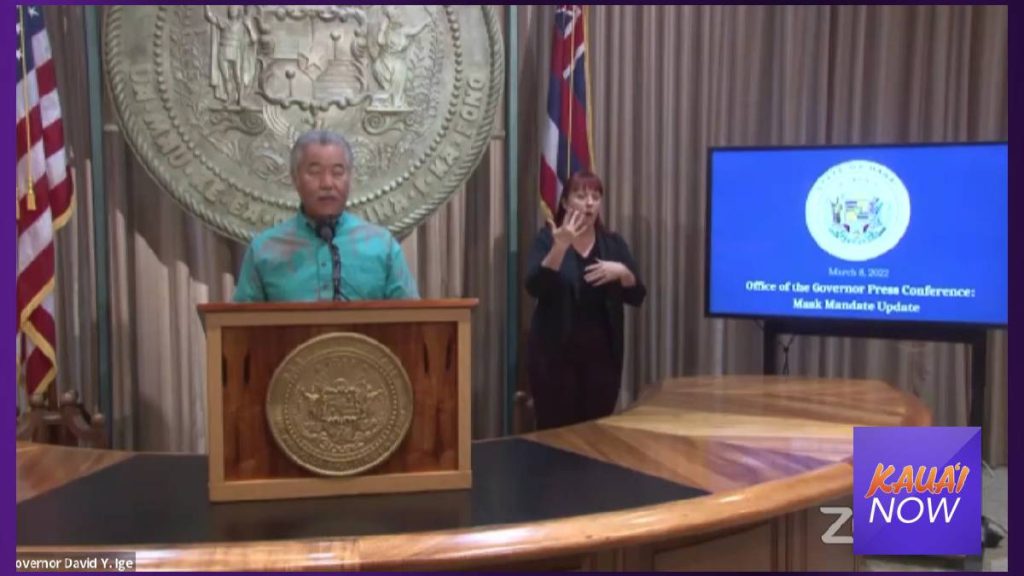 The statewide requirement that masks be worn indoors will end at 11:59 p.m. on March 25.

During a press conference this afternoon, Gov. David Ige and officials with the Department of Health announced the end of the mask mandate, as well as guidance for when a face covering, should be worn. The mask mandate was first put in place in April 2020 in an effort to prevent the spread of COVID-19.

Ige said the residents of Hawaiʻi took the mask mandate seriously. As a result, the state has among the lowest infection and fatality rates in the country.

“This has been a long and relentless challenge … I’m certainly looking forward to March 25 when masks won’t be required indoors,” Ige said.

However, the governor said, he’ll be ready to reimplement the mask mandate should cases surge.

This announcement comes a week after Ige announced the Safe Travels program would end on March 25. As of March 1, all counties have dropped COVID-19 restrictions. When asked this afternoon why he wouldn’t end the mask mandate immediately, Ige said it made sense to be thoughtful as the state makes adjustments to COVID-19 restrictions.

“We continue to see case counts in the community still have hospitalizations,” the governor said. “We believe it’s prudent to let the emergency proclamation run its course.”

Ige said businesses could continue to implement mask-wearing on their premises after March 25.