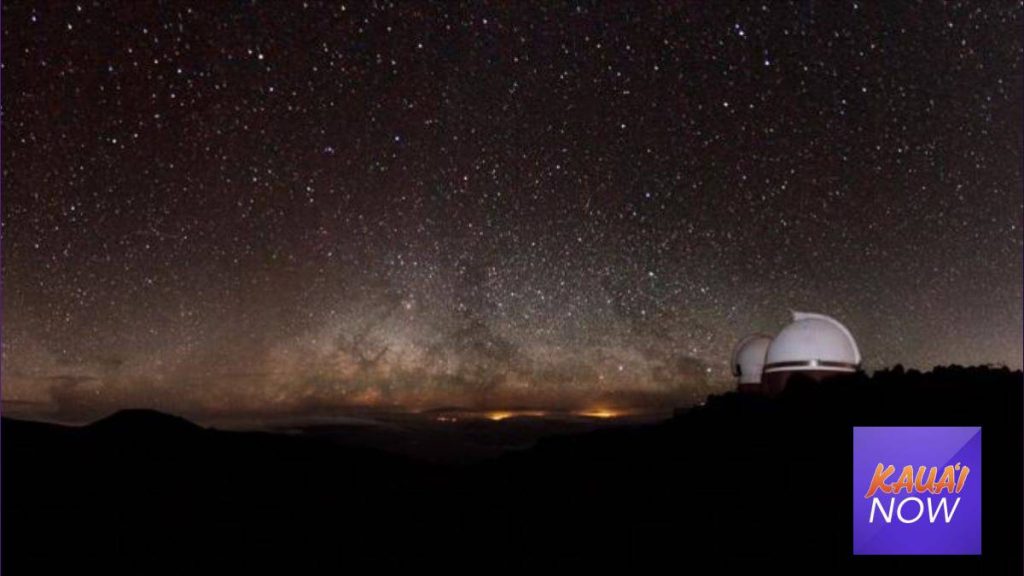 Astronomy in Hawaiʻi supports employment of 1,313 residents and had a total economic impact of $221 million on the state in 2019, according to a University of Hawaiʻi Economic Research Organization update released Sunday, Jan. 30.

The update found that astronomy generated $110 million in direct expenditures in Hawaiʻi, including purchases from local businesses, salaries and wages and spending by students and visiting researchers. The $221 million total economic impact, which also accounts for indirect and induced impacts, is nearly as much as farming statewide.

“The numbers are not surprising, as they build off the 2012 UHERO report, but the economic impact is just one part of the story,” said Greg Chun, executive director of the UH-Hilo Center for Maunakea Stewardship. “That kind of impact only occurs because people’s lives are affected in real ways. Astronomy provides educational and employment opportunities to the people of Hawaiʻi, supports hundreds of Hawaiʻi families and is one of the few established economic sectors not related to tourism or the military. And its greatest benefits are on Hawaiʻi Island.”

“This is an important snapshot of the benefits astronomy provides our communities, particularly through the creation of many high-tech jobs,” said UH Institute for Astronomy Director Doug Simons, who has worked in astronomy on Hawaiʻi Island since 1990 including as the Canada-France-Hawaiʻi Telescope executive director from 2012–21 and Gemini Observatory director from 2006–11. “It’s a sustainable sector with career pathways that our local residents, including Native Hawaiians, have available. Employment opportunities in astronomy include engineers, technicians, administrators, outreach specialists and many more. Most of these jobs are held by Hawaiʻi residents at the time of hire, with many born and raised in Hawaiʻi.”

Throughout the rest of the state, astronomy generated $87 million and supported employment of 517 people on Oʻahu and $31 million and 176 people in Maui County, according to the UHERO update. Statewide, astronomy activities generated $68 million in labor income and $10 million in state taxes.

The full UHERO report on the economic impact of astronomy is expected to be completed by midyear and will also address how astronomy is embedded in local communities in Hawaiʻi, which is unique compared to many high-tech sectors, and the ripple effect of public-funded research.

Astronomy is just one small part of the total economic impact the UH 10-campus system has on the state. According to a 2021 UHERO report that looked at fiscal year 2020, Hawaiʻi’s public higher education system had a $3.6 billion impact on the state economy and supported more than 22,500 jobs.

UHERO Economic Forecast For First Quarter of 2022 Optimistic
‘Not Good News’: Hawai‘i Inflation Will be the Highest in Decades, and Everything Will be Affected
$1M Gift From HMSA Endows Health Economics Professorship at UHERO