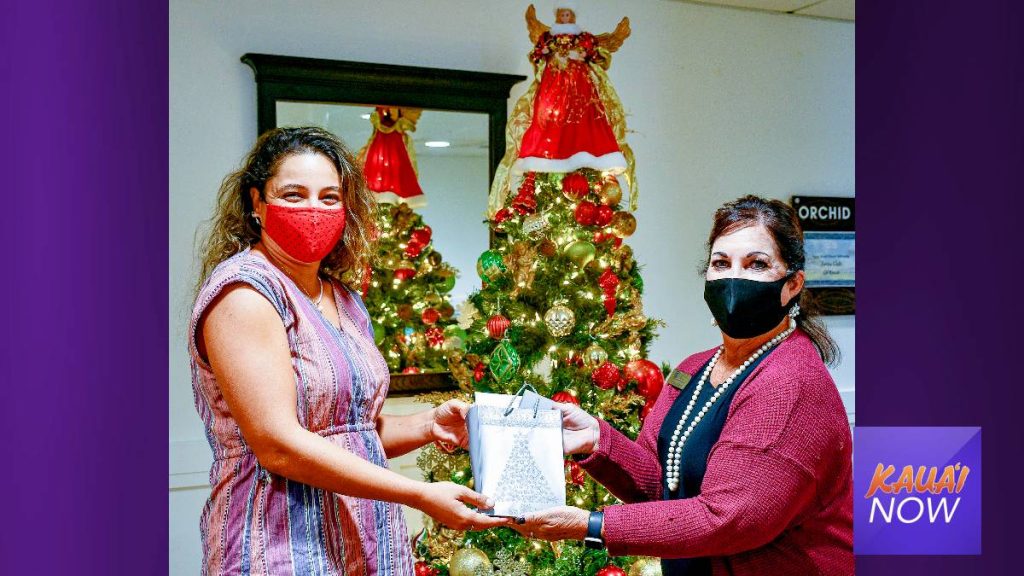 Kaua‘i’s best kept secret might be hidden in plain sight.

The secret isn’t the Zonta Club of Kauai’s annual donation drive, The Christmas Fund, which the nonprofit spearheads every year with The Garden Island newspaper to raise money for needy families during the holidays, but rather how successful the program has been.

“We helped over 500 individuals with the largest allocation ever in the history of this program,” said Cyndi Ayonon, Christmas Fund chair and treasurer of the Zonta Club of Kaua‘i Foundation, about last year’s drive, her first serving as chairwoman. “It was an overwhelmingly successful year.”

With around 500 families helped in one year, multiplied over three decades, and that equals an amazing amount of Christmas help for local families that Santa himself would be hard pressed to match.

This year’s goal for the club is $70,000, and donors were answering the call all December. Last week, the real estate investment trust company, Nareit Hawai‘i, donated $20,000 to the Christmas Fund, more than a quarter of the overall goal.

“We share the ideals of what the Zonta Club of Kaua‘i stands for and are so appreciative of everything being done to help those needing assistance,” Nareit Hawai‘i Executive Director Gladys Quinto Marrone said in a Dec. 19 Garden Island article on the donation.

The local newspaper doesn’t reserve its coverage for massive donations, either. In fact, people who give $150 or more can get their picture in the paper if they wish. That’s the hidden-in-plain-sight component. Every day beginning on Thanksgiving and running through Christmas Day, TGI, as the newspaper is known around the island, runs a front page story on the types of applications the Zonta Club is receiving, stories that highlight what the drive is aiming to do and the kids who would benefit from it. While newspaper stories may all look similar to the casual headline glancer, it shows an impressive dedication of resources on the six-day-a-week newspaper’s behalf. That’s a lot of copy, packaged and placed so well with the rest of the headlines during those December days.

“This has definitely made a huge impact on raising funds,” Ayonon said of TGI, which partnered with the club on the drive around 20 years ago. “This year, as in the past, the reaction from the readers has been supportive. We receive emails and phone calls from contributors. It’s a blessing to be able to talk to people who care so much about helping to improve the fabric of our community.”

All the funds that are collected during the drive are distributed through nonprofit social service agencies that serve the disadvantaged people of Kauai from all ages –  keiki to kūpuna. The program takes donations past Christmas, up until the end of the year, and people can go online at the club’s website to donate and receive a tax-deductible thank you letter automatically.

People the program helps are like the woman Sarah, a single mother of three active boys who love to go to the beach, as a recent TGI article pointed out.

“The boys love Pokemon, the Avengers and video games. As the sole support in her family, Sarah would appreciate any toys that would make her boys smile,” it read.

The TGI articles don’t use real names when describing whom the donations will help. But the situations they describe are real. Some are in dire situations, homeless or near homeless parents trying to provide for their kids, or young mothers who have fled from abusive relationships.

“Our goal is to assist every applicant in making their wish come true,” she said.
This year, as it has been every year.