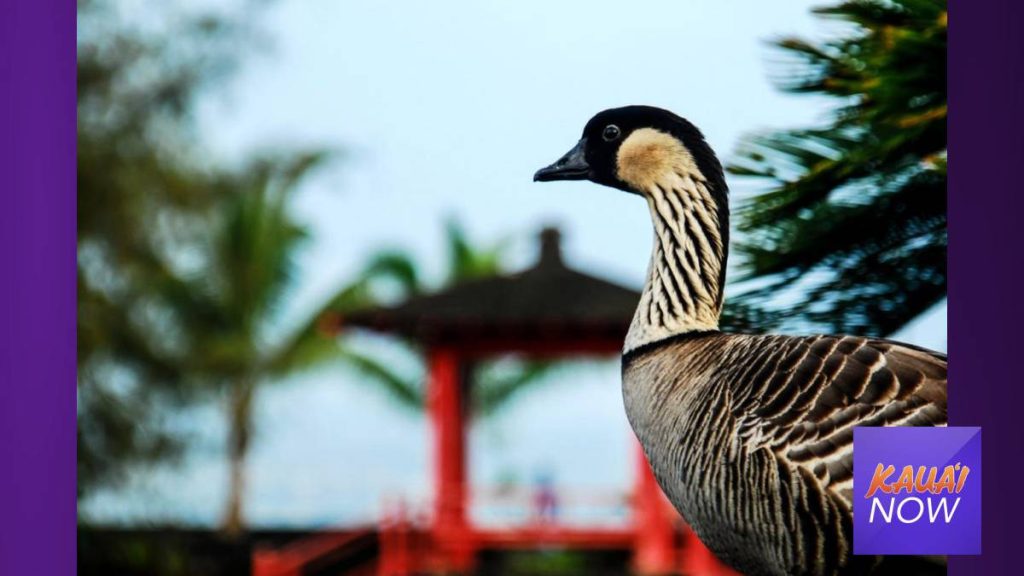 State officials confirm the death of one of Hawai‘i’s state birds, the nēnē goose, over the weekend after it was reportedly struck by a vehicle on Hawaiʻi Island in the Waikoloa area.

DLNR’s Division of Conservation and Resources Enforcement, or DOCARE, reported the injured animal to the Division of Forestry and Wildlife, or DOFAW, on Sunday, Dec. 12, at approximately 9 a.m. The bird was found in the median of Waikoloa Road, DOFAW Bilogist Kanalu Sproat told Big Island Now in an email Wednesday, Dec. 15.

“Our enforcement officers were able to assist us in capturing the injured bird and delivering it to the Hawaiʻi Wildlife Center in Kohala. It had been hit by a vehicle,” Sproat stated. “Unfortunately, the injuries were too extensive for the bird to be treated and rehabilitate(d), so the decision was made to euthanize it (that night).”

Sproat said nēnē are not often struck by vehicles, though it is not uncommon. This fatality comes after three state birds were fatally hit on Chain of Craters Road within Volcanoes National Park in October. According to park officials, the deaths included a female nēnē and its male mate.

When possible, injured birds are normally treated by a veterinarian, and after rehabilitation, released back to the general area where they were found. The bird will be moved to an entirely different location if the area it was retrieved from presents an unmitigable danger.

Anecdotally, Sproat told Big Island Now he has not noticed an increase in birds injured by vehicles over the last couple of years. If anything, the biologist said he would not be surprised if the number of injuries was down during the lockdowns and travel restrictions as a result of the COVID-19 pandemic.

The nēnē was down-listed from endangered to threatened under the Endangered Species Act in 2019.

This change in classification comes after 60 years of collaborative conservation efforts among federal, state, local and nonprofit partners. Wild nēnē are found only in Hawai‘i and are the last survivor of several other endemic geese.

Nearly 3,500 nēnē exist statewide with stable or increasing populations on Kaua‘i, Maui and Hawai‘i Island and an additional population on Moloka‘i.