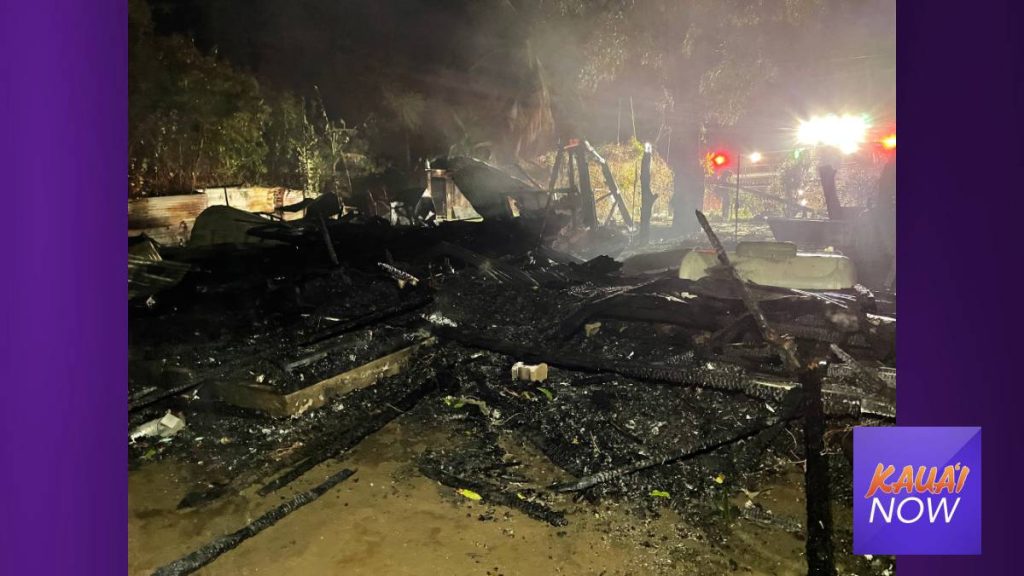 Firefighters responded to a fire at a Waimea residence shortly after midnight Tuesday.

No one was home at the time and no injuries were reported.

Multiple units from the Waimea, Hanapēpē, Kalāheo and Līhu‘e fire stations, along with the on-duty battalion chief, were dispatched about 12:20 a.m. to the home on Pokole Road. Upon arrival, firefighters found the single-story residence fully engulfed in flames and surrounding brush on fire.

A water supply was established and personnel were able to use master streams to contain the brush on fire. Once KIUC disconnected power and deemed the area safe, firefighters were able to fully extinguish the structure fire and the scene was cleared shortly after 3 a.m.

The structure is considered a total loss. Damages are estimated to be roughly $150,000.