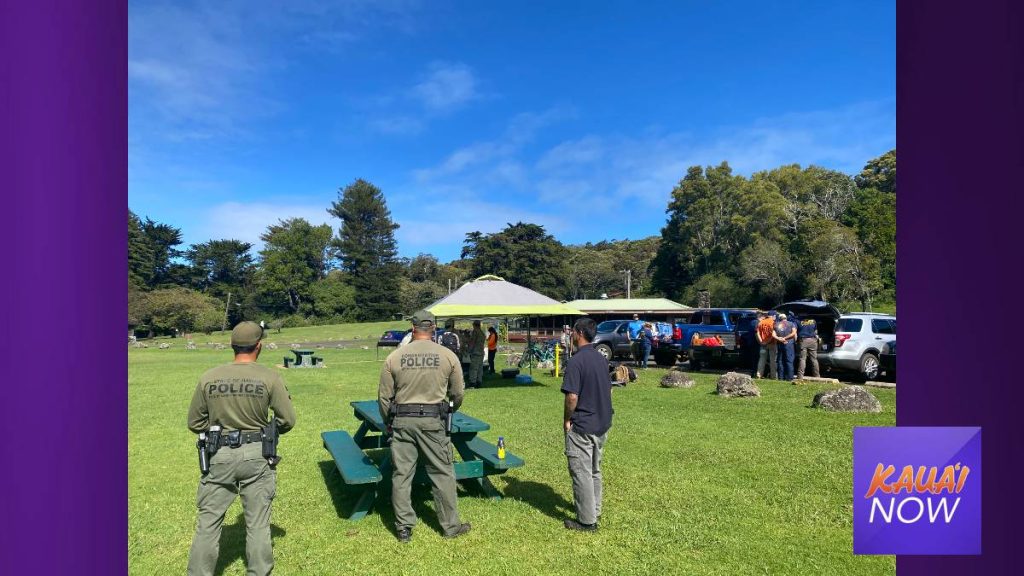 The aerial search for a missing Nebraska man has been suspended after two days of searching yielded no leads to his whereabouts. However, volunteers from Kaua‘i Search and Rescue plan to continue ground search efforts today.

The search for 23-year-old Samuel Martinez of Lincoln, Nebraska, has been extensive in the Kōke‘e and Waimea state parks over the weekend. On Monday, May 31, about two dozen people from the Kaua‘i Police Department, the Kaua‘i Fire Department—including an Air-1 pilot and personnel from Rescue 3—the Department of Land and Natural Resources, Kaua‘i Civil Air Patrol, and Kaua‘i Search and Rescue, continued their land and air search operation from about 9 a.m. to 5 p.m.

KFD personnel drove ATVs through the entire Waimea Valley, including the area near Kukui Trail, and spoke with campers and hunters along the way. Air-1 also searched the entire Polihale side of Kōke‘e.

Martinez reportedly flew to Kauaʿi on May 12 with the intention of hiking and camping while on island. Investigators were able to track cellphone pings from Martinez’s cellphone at about 4:40 p.m. the day of his arrival in the vicinity of Waimea Canyon Drive Road. The last ping obtained from his cellphone was around 8:20 p.m. in the same general area of Waimea and Kōke‘e state parks. Cellphone data was run through the Federal Bureau of Investigation, as well as Civil Air Patrol’s Air Force Rescue Coordination Center.

“Unfortunately, we haven’t found any sign of Mr. Martinez throughout our searches. We also haven’t encountered anyone who has accurately identified him and his whereabouts,” said Investigative Services Bureau Assistant Chief Bryson Ponce. “At this point, there are several possibilities that could have taken place, especially on an island with dangerous terrain in places like Waimea Canyon and Kōke‘e State Park trails, but we are still hoping for the best.”

On Monday, May 31, many acres of land were once again searched by foot and air in Kōke‘e and Waimea state parks. The areas traversed on Memorial Day included several trails, such as the top ridges of Nu‘alolo and Miloli‘i.

“I want to once again thank all of the people who showed up during the holiday weekend to help with this search operation,” Ponce said. “We have so many caring people in our community doing everything they can to help bring this young man home.”

Martinez reportedly flew to Kauaʿi with the intention of hiking and camping while on island. According to a report, he was expected to return to Nebraska on May 25 but missed his outbound flight.

Anyone with information about Martinez’s whereabouts on Kauaʿi is urged to call KPD at 808-241-1711. Those who wish to remain anonymous can report a tip to Crime Stoppers Kauaʿi at 808-246-8300 or cskauai.org.