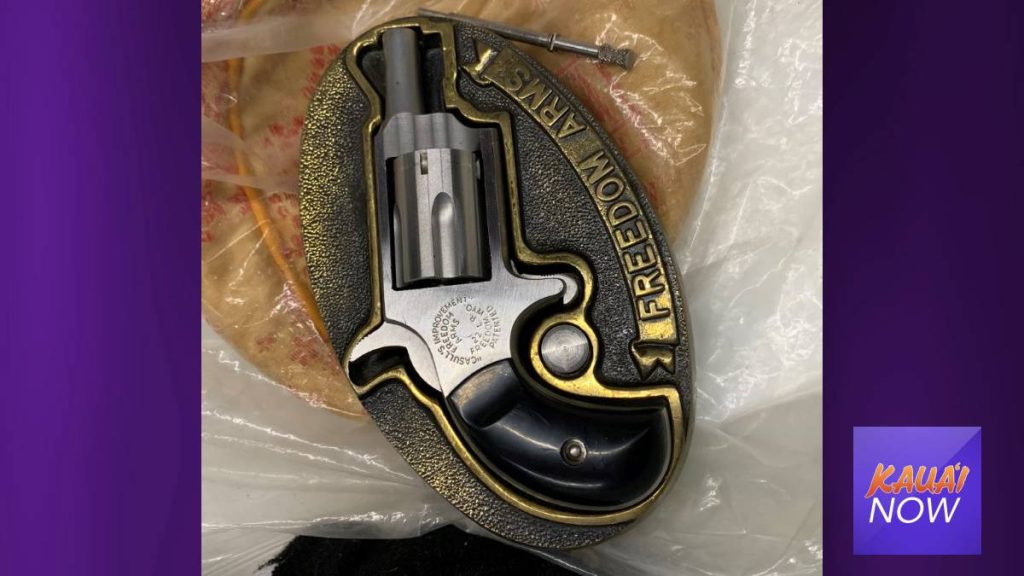 The firearm was discovered at about 1 p.m. during the routine screening of carry-on property at the airport’s security checkpoint, a TSA officer saw the image of a firearm on the X-ray screen.

TSA immediately notified the Hawaii State Sheriff, which responded to the security checkpoint. A .22 caliber Derringer was found in the carry-on luggage of a person ticketed for travel to San Francisco International Airport. The individual was arrested on a state charge.

Firearms can be transported on a commercial aircraft only if they are unloaded, packed in a locked, hard-sided case, declared to the airline and placed in checked baggage. Any type of replica firearm is prohibited in carry-on baggage and must be transported in checked luggage. Even if a traveler has a concealed weapons permit, firearms are never permitted in carry-on luggage.

TSA continues to see a rise in the number of departing passengers. This is especially pronounced at HNL and Kahului Airport (OGG) on Maui. TSA is screening thousands of departing passengers at each location each day and is strongly advising travelers to arrive more than two hours prior to the flight departure.

“Airport security checkpoints in Honolulu and across Hawaii are seeing significant increases in the number of departing travelers. Despite these increases, TSA continues to focus on its core security mission to keep travelers safe and secure,” said TSA Federal Security Director for Hawaii Jenel Chang. “We are asking every traveler to take a few minutes and come prepared for a quick and efficient screening experience at the airport checkpoint.”

The increased passenger loads are attributed to the general recovery of the air travel sector due to successful vaccination efforts across the United States as well as pent-up demand for travel. TSA continues to use all available resources to screen travelers and their belongings.

However, travelers should be aware that during multiple periods throughout the day, the number of departing travelers will exceed the capacity of TSA security checkpoints at HNL and OGG. Arriving early will ensure adequate time to complete each step of the travel process including check-in, security screening, boarding and on-time flight departure.