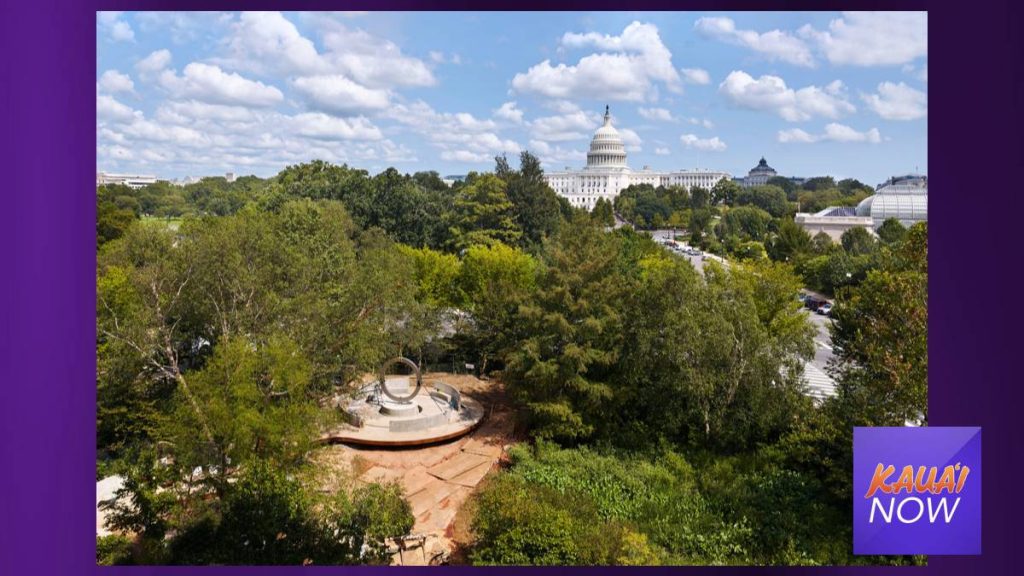 The new National Native American Veterans Memorial was opened on Veterans Day on the National Mall in Washington DC.

“This Veterans Day and every day we show our respect and gratitude to all our veterans. To the more than 120,000 veterans who call Hawai‘i home, we extend a special aloha, reaffirm our commitment to providing the health care and benefits you have earned, and hope each one of you will feel the gratitude of a thankful nation,” Schatz said.

Native people have the highest per-capita involvement of any population to serve in the US military, according to a statement from Schatz.

“Since the Revolutionary War, Native Hawaiians, American Indians, and Alaska Natives have put their lives on the line to serve our country,” Schatz explained. “But for too long, we haven’t adequately shown them the appreciation and respect they deserve.”

That’s why, the senator said, he and fellow lawmakers worked hard to create the new memorial and properly honor their sacrifice.

“With its opening today, people from across the country can pay tribute to our Native Veterans and learn about the contributions that they have made — on the battlefield and here at home,” Schatz continued.

Sen. Mazie K. Hirono also issued a statement commending the bravery and commitment of those who have served those who still serve the United States.

“As a nation, we are humbled and honored by their sacrifices in defense of our freedoms,” Hirono stated.

Veterans Day, Hirono went on to say, is also a reminder to honor veterans, service members, and their families with action. As a member of the Senate Veterans’ Affairs Committee, the senator said she hears from Hawaii veterans of all generations.

“There is much to do to support our veterans and deliver on the promises our grateful nation has made to them and their families,” she stated.

Hirono assured constituents that she is fighting for veterans’ benefits and to improve services for veterans transitioning to civilian life.

“I am working to reunite Filipino World War II veterans with their families in the United States,” she said.