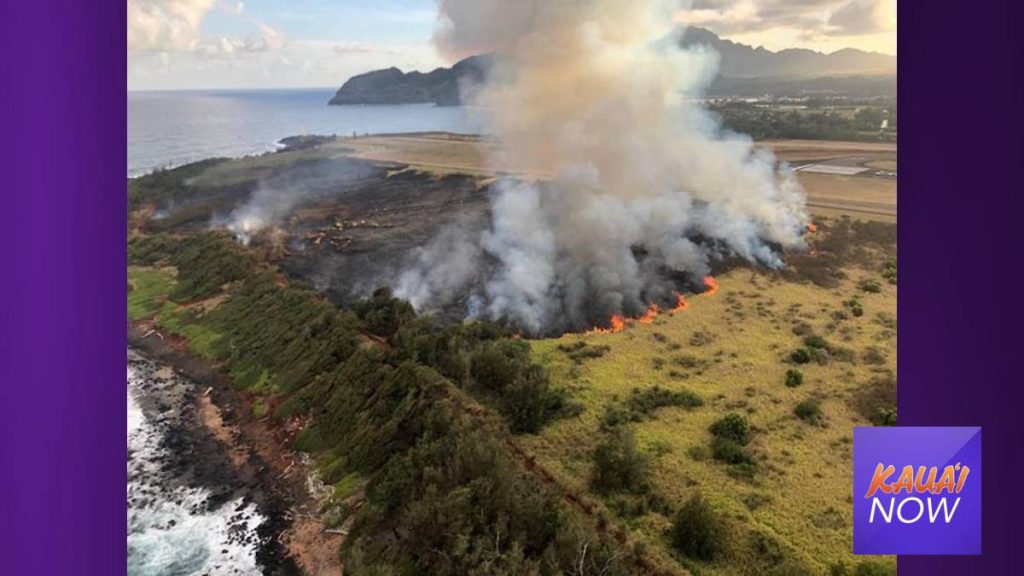 The Kaua‘i Fire Department contained a 100-acre brushfire that broke out near the makai side of Līhu‘e Airport on Monday afternoon.

One firefighter was injured and was later released from Wilcox Hospital.

The blazw broke out at around 2:30 p.m. near Ninini Point, along the makai side of the Līhu‘e Airport. After battling the flames for nearly six hours, crews from the Department of Public Works Roads Division utilized a bulldozer to cut off fire from spreading further and damaging nearby structures at the Līhu‘e Airport.

KFD personnel continues to monitor hot spots in the area and will reach out to the Housing Agency should houseless individuals in the area need assistance. The cause of the brushfire remains under investigation.

Firefighters from the Līhu‘e, Kapa‘a, Kalaheo, and Hanapēpē fire stations; Air 1 and Air 2; Rescue 3; the on-duty Battalion Chief; Aircraft Rescue and Fire Fighting (AARF); the Kaua‘i Police Department; and the County of Kaua‘i Roads Division responded to this incident.